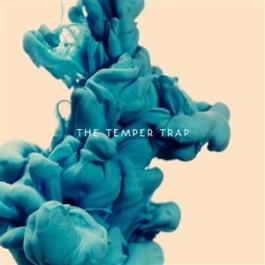 I double checked, triple checked and quadruple checked to see if this was a cover of a Radiohead song, such was my conviction that it was. But alas, no it wasn’t- it was just The Temper Trap attempting to be Radiohead.

Released as a precursor to the ‘official’ single (Need Your Love), this track is pretty unassuming. Not uninteresting by a long shot- it builds to a spacey, alt-rock crescendo by the end- but it is lacking in musical ideas.

The tortured, feminine vocals open the track, over a soft acoustic guitar. It’s gentle and quite relaxing, but the disadvantage is that anyone hearing it will immediately think of Ok Computer, so strong is the similarity. The Temper Trap are trying to model themselves as the younger Radiohead, that much is blatantly obvious.

The vocals are drenched in reverb, and strengthen considerably when he opens up and starts to belt out a few notes. If only we could actually decipher what we’re actually hearing.

Screeching guitars start off the chorus, a wailing echoed, rock affair. It’s airy and ethereal, following the lifted vocals up into the clouds. Lasting for over a minute, it’s a fulfilling chorus, a prime red hunk of meat for ravenous fans who have been bereft since Sweet Disposition.It’s reminiscent of that track also, in terms of the epic, soaring crescendo.

It’s a satisfying end to what started out as a fairly simple song, and it’s a good taster of their highly anticipated album.