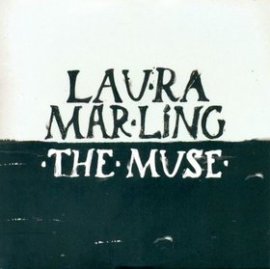 There are some artists that burst onto and vanish from the scene in a ridiculously short time. Then there are those who quietly mature and attain such a high musical standard that we all just sit and watch whilst they become brilliant. Laura Marling is one of the latter.

The Muse, from her third album, is a demonstration of her subtle move away from the soft folk that gripped her earlier albums, and of her increasing experimentation with kooky rhythms and jazzy vocals. Folkies don’t despair, there’s still a mandolin hanging around.

Upbeat, bouncy acoustic strumming opens it up, moved along by a brushing drum beat. Marling’s vocals enter, and whip up and down the register before sustaining a clear note. It’s a shock to the system, a definite folk/jazz poke in the nose. Her vocal quality is pure, finishing each line low, almost talking. Marling’s lyrics still retain the folky influence though, a throwback to Dylan and Mitchell:

“Spoke of love like hunger/ He at once was younger, ever younger/ In my hunger for a muse”

The lyrics are like spontaneous prose, constantly moving, never slowing down- she forces the song along at a ravenous pace.

Guitar, fiddle and a mandolin break the verse up with a quick change in time signature that rocks back and forth, running up arpeggios at a vigorous pace.

The second verse sees a change in vocal style, Marling starts to hold her notes and strengthen her voice. The backing picks up a little and the bouncy folk train powers along. The second breakdown is jarring and disjointed, in a wonderful way. The guitars and mandolin go up, whilst the piano runs down. It’s a bizarre kick to the system, crazy and inspired.

The piano then goes jazz crazy on some notes, whilst the banjo machine-guns them out. The stops in the bridge give us ear-whiplash, the piano and drums thumping the beat as it swings back and forth. Just when we think it’s about to spin out, Marling brings it back with acoustic guitar and her soft voice.

The ending is a return to the bridge, a crescendo of leaping beats.