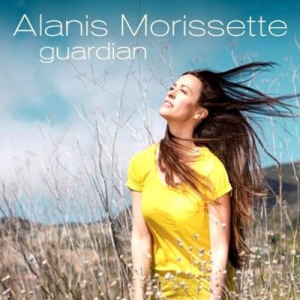 For all those that have been hankering for some sweet Canadian angst: it’s okay now, because Alanis Morissette has returned.

Now officially a US citizen, Morissette jumped back in the studio in October 2011 and started recording like a woman possessed- by the end of the following month she had cut 31 tracks.

Guardian is the first of these new tracks that she has released in the lead up to her eighth studio album, due in August. As a single, it’s vintage Morissette- a sumptuous pop rock effort that brings her penchant for snappy chorus hooks and crunchy guitars to the fore.

Produced by Guy Sigsworth (who has worked with Madonna and Britney Spears), the track rings with slick harmonies and synths. Luckily though, Morissette retains that bitter anger that personified her earlier records- the song hangs off her voice as she thunders over the heavy backing.

A great track. Head over to ‘Listen In’ to check it out.