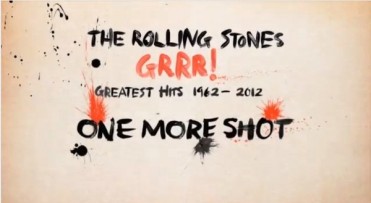 The Rolling Stones, “One More Shot”

Recorded as a part of their 50th anniversary release, GRRR!, “One More Shot” is a nice slice of vintage, rowdy Stones.

Slightly reminiscent of an earlier Stones song, “Street Fighting Man”, “One More Shot” has Keith Richards chopping away on an open-G riff while Jagger sneers through the lyrics, begging us to give him a second chance. Most fans probably will.

3 thoughts on “The Rolling Stones are back”